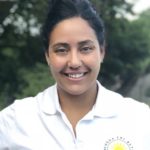 Chair/Executive Director, Jessica “Remo” Saul, often referred to as Remo (short for “Remolina”) due to her being a “whirlwind” of energy, is the founder and owner of the Art of Stepping Organization & Foundation (AOS). AOS is the first organization in the U.S. to build a nationwide curriculum-based program that teaches stepping based on mathematical formulas. HER GOAL: To ensure individuals of all ages have access to artistic programs, especially those in undeserved communities, that encourages & promotes both education and healthy lifestyles. In 2010, AOS was the proud recipient of the President’s Council Fitness, Sports and Nutrition Award for its mission in aiding the fight against childhood obesity and other related diseases. In 2012, AOS has grown to 7 different states offering services to over 2,500+ individuals nationwide. Currently she has expanded her brand to own and operate the World of Step which has operations in Peru, West Africa and the United States.

Born & raised in New York by Dominican and Puerto Rican parents, she currently resides in the Bronx and is a mother of 1 daughter. 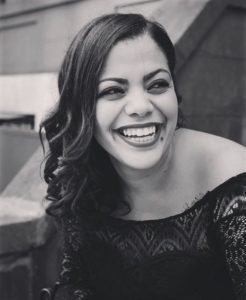 With 20+ years of media experience, including 15 years of market research, Betty Diaz is currently the Director of Programming and Operations, Viacom CBS Veterans Network, working closely with the Chief Veteran Officer, Richard Jones, the group oversees military-related initiatives for ViacomCBS employees and the veteran community. Betty comes from a U.S. Marine Corps and U.S. Army military. Under Betty’s leadership, the ViacomCBS Veterans Network has expanded its programming and initiatives by +297% in 2019 vs. year prior. Betty also created the first-ever Veterans Network Ambassador roles among ViacomCBS’ talent and enrolled SEAL Team’s Toni Trucks, Judd Lormand, Blue Blood’s Donnie Wahlberg and The Talk’s Sheryl Underwood to support the group’s mission. Through their participation, the vet net’s social media platform has grown exponentially and staple events, such as “Coffee with Vets” in partnership with CBS local stations has flourished. Since December 2015, Betty has been a Corporate Athlete/Graduate of the Johnson & Johnson Human Performance Institute. Betty was also recently acknowledged and presented a certificate of merit by Assemblywoman Nathalia Fernandez of Assembly District 80 in the Bronx for her work in the community in raising awareness of Eye Health and Wellness and creating the movement Celebr8YOU which was created as a result of her vision disability. Betty attended State University of New York, College at Oswego in Oswego, New York and graduated with a B.A in Communications. She currently resides in New York City with her six year old son.

Board of Directors, Dery Rodriguez – Dery Rodriguez is an innovative facilitator and staunch advocate for students of color and their families. She has an unwavering commitment to amplifying their voices for a better and equal future. A seasoned family and community empowerment professional currently working at the New York City Department of Education’s Family and Community Engagement office (FACE). Dery’s extensive experience within youth-serving organizations spans the philanthropic, Pre-K to 12, and nonprofit and government sectors. Dery is a committed proponent of social justice and equity for under-served communities, with a particular passion for expanding resources and opportunities for Title I school student bodies. Central to Dery’s work is the critical need to engage parents and school staff as partners in maximizing students’ academic achievement. Dery’s work extends from New York City to the shantytowns of the Dominican Republic. She is the co-founder of a women-led, organization, Building Young Leaders (BYL), a STEAM-focused, innovative model for sustainable family development. Dery has developed a collaboration with Dominican Republic grassroots organizations to distribute school supplies to students in impoverished neighborhoods. Dery leverages relationships with key  community stakeholders to bring invaluable resources to marginalized communities. Dery has a genuine affinity for the students, and parents that she serves, based upon her childhood experiences as an ESL student from a low-wealth, non-English speaking immigrant family. She attended John Jay College of Criminal Justice, studied public administration, and resides in Harlem, New York City.

Board of Directors, Elizaveta Reyes – Elizaveta Reyes Tomé is a non-profit leader and activist passionate about the environment and equality and equity issues. She is the current President of NALFO, the National Association of Latino Fraternal Organizations, the umbrella organization for Latino/a/x Fraternities and Sororities in the United States. She works as a Senior Director in the Technology Services segment of FTI Consulting, Inc., a global business advisory firm, and has been engaged in several international investigative matters over the course of her tenure with the company. She currently serves on the Executive Board of Coordinadora General de los Dominicanos Residentes en el Exterior (Cordigen Dorenex), and is a volunteer on several committees of Omega Phi Beta Sorority, Inc. Elizaveta has over 15 years’ experience in nonprofit management and leadership having served as past National President and Board of Trustees Chair of her Sorority. She is a servant leader who dedicates much of her free time to serving her community and philanthropic efforts. She has raised thousands of dollars towards, and volunteered many hours to, the American Diabetes Association through participation in their Tour de Cure event, the Ray of Hope Walk to Raise Awareness of Violence Against Women, Cycle for Survival (an event focused on fundraising towards rare-cancer research), Steptember (benefitting the Cerebral Palsy Alliance), Manos Unidas a La Obra, and Community Clean-Up and Park Beautification events through New York Cares and the Dallas Department of Park and Recreation. Born in Moscow to Russian and Dominican parents, Elizaveta grew up in New York City and currently resides in Dallas, TX with her family

“The path from dreams to success does exist. May

“Science and everyday life cannot and should not

#TBT to our recent celebrations in June with @phnx